The Gibbard Block in Edmonton’s Highlands reopened in 2019. I didn’t make it to the reopening nor did I get to it later on. However, I did go a couple of weeks ago when it was warmish outside. Doesn’t it look great with the green awnings gone and the new storefronts? This entire two-block section is adorable and I love the quirky shops and food service spots! Today’s mission: June’s Delicatessen.

This place has everything you expect from a good deli from matzo ball soup to a bagel and lox platter. There is even egg cream on the menu! For Canadian’s who don’t know what that is: an egg cream is essentially a chocolate soda. It is devoid of eggs and cream. But Wikipedia explains the name origins from Stanley Auster, the grandson of the beverage’s alleged inventor, has been quoted as saying that the origins of the name are lost in time. One commonly accepted origin is that egg is a corruption of the German word echt — also found in Yiddish, meaning “genuine” or “real” — and this was a “good cream“. It’s weird and I wanted to try it, but more on that later.

We (the hubs and I) decided to for lunch. Well, he wanted brunch and a benny for some sort and a latte. I took a peek at the on-line menu and landed on a Reuben and an egg cream. We arrived to find this nifty sign.

Yes, please! There was a bit of a line to go to Fox Burger next door and If I learned anything from Seattle with my sister is, always go to the restaurant with the line. So I will head there next time. But it’s not like June’s was empty. We came as several people were leaving so that freed up a table for us.

The first thing I noticed was the cool back and white tile and vintage tin ceiling. The vibe was fun and definitely a pleasant change from the dark and worn out La Boheme.

We stuck to our game plan and ordered the items that were on the on-line menu. It wasn’t different from what they placed in front of me. The hubs had the Benny and I had the Reuben. 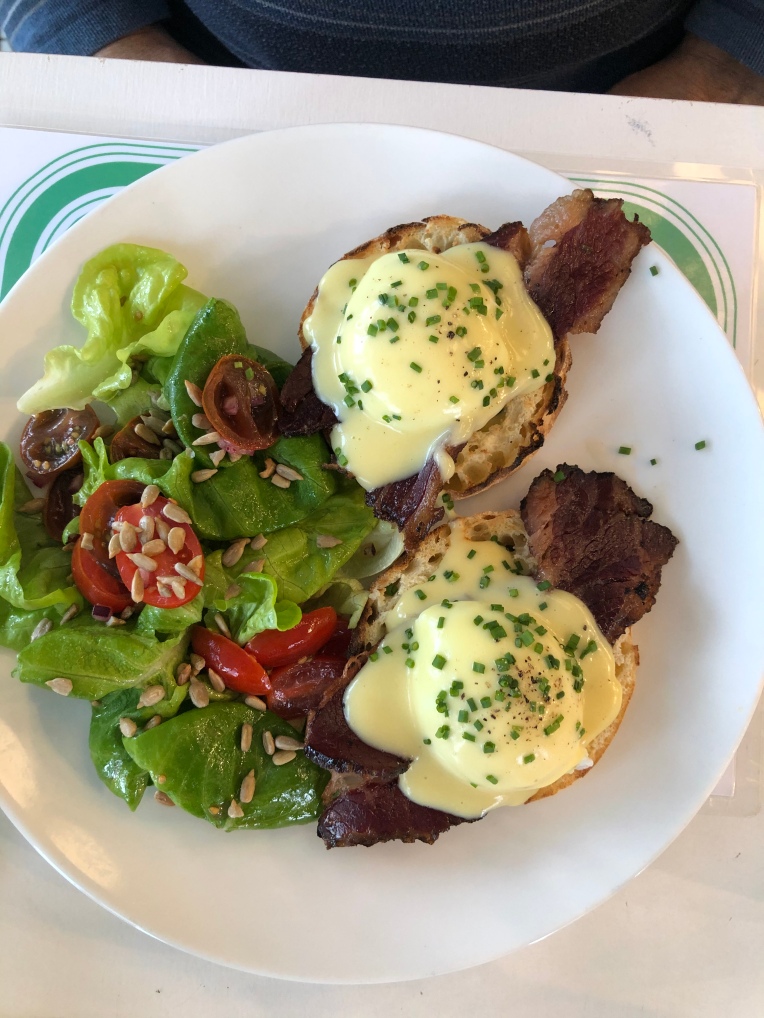 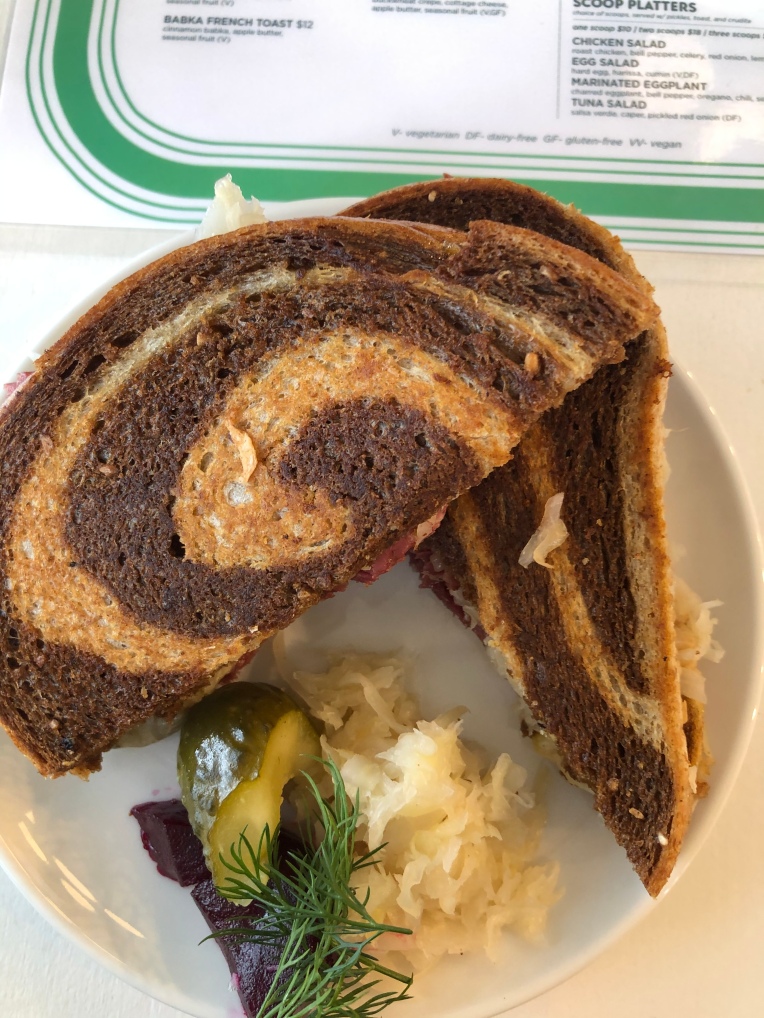 Mine was delish! I loved the pickles and kraut on the side, the corned beef was lean and delicious. The hubs enjoyed his except he said beef bacon is weird. Fair. I didn’t try it.

Now, normally I enjoy a coffee or a latte. I did neither. I had a chocolate egg cream. My mom warned against them. She had one in New York City and said it tasted like water-downed chocolate milk. Well, that is exactly what it is. Except I loved it. There was a texture from the seltzer water. Seltzer is different from club soda. I don’t know what it is or why it’s different but it is and I loved it. I will forever be an egg cream lover.

That is a thing of  beauty/

The hubs’ coffee was delicious, exactly what you expect from Ace Coffee Roasters.

You go to the counter to order and they bring your food out to you or you can go fetch it. either way, it is a lovely relaxed and casual meal and I will be back. In fact, I am bringing my parents when they come home from their European travels. I think my mom will love this place too.

June’s is only open until 4:00 and closed on Mondays.

Get out there and explore your city Edmonton! There are fun and delicious things everywhere. 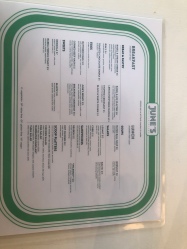 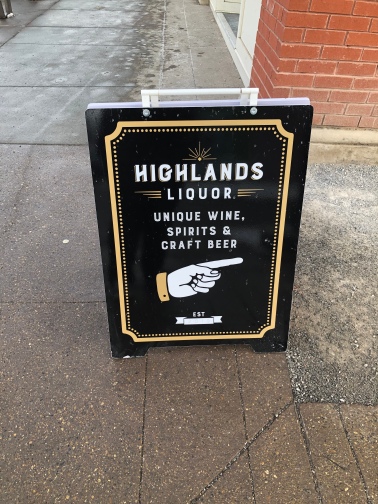 Big water in the creek.
So long Banff, you were beautiful as always.
Happy Anniversary @counterwgt. Great choice to celebrate on the longest day of the year 💕
View one from Sulphur Mountain and view two from Norquay lookout.
The Cowboy Trail
I love this guy